Many people in their entire lives never manage to establish a truly intimate relationship with anyone. Of course, friendship, intimacy and trust are largely abstract concepts. A person may feel that he is close to his friend or close relative simply because they see each other often and communicate a lot. But in fact, none of them is revealed. Sometimes such people are able to honestly express their superficial states, believing that this is how their friendship, trust and closeness are manifested. But at best, they are ashamed to express their deepest feelings to each other. In the worst case, these movements of consciousness are completely unconscious, and remain the property of the subconscious. Then, as a result, we see relationships, the essence of which is well demonstrated by modern reality shows like “Dom-2”, when people communicate on a completely superficial level, taking all their experiences at face value, as something “normal” and “adequate”.

Typical representatives of life are like puppets that act under the influence of feelings, without thinking about the cause of these influences. After all, feeling annoyed, then loving and rejoicing, and then falling into depression is completely normal. That’s what everyone does. Of course, everyone is different. But, in their diversity, most people are not capable of really close, soulful relationships. It’s too embarrassing to open up. There is so much repressed garbage in the soul that it is much easier to live and communicate at the level of “secular” gossip and entertainment.

As a person grows up, he himself becomes one of these gossip, the essence of which is based on deliberately superficial and false information. Some more or less sensitive people, still not really understanding what is happening to them, turn to a psychologist for this – to understand and sort out the chaos of their own experiences. Not everyone is able to talk heart to heart and release garbage from the subconscious with a friend. It is much easier to dump all this on a stranger in a private conversation. 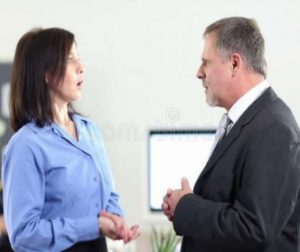 In the article “Stages of Personality Development”, I have already touched upon such an important factor in the harmonious relationships of people as “permission by spheres”. This factor manifests itself as an informal, sometimes subconscious permission of the participants in a particular sphere to stay in their society, which lives according to certain official or unspoken laws. The more clearly a person perceives and reacts, the more subtle and reasonable laws he adopts, and the more strictly he follows these laws. If a person wants to live and communicate with peace-loving and honest people, he himself must become honest and peaceful. Then society, or a company of honest people, will accept him as their own.

Unfortunately, not everyone understands such simple things. Even a single deceit can undermine trust irrevocably. And this is not just some sort of weighted logical decision based on statistics and calculated probability. Such conclusions are made intuitively at the level of spontaneous sincere understanding of things. If a person has deceived, then he knows how to lie without worrying about his reputation. Perhaps he is inexperienced, he himself was deceived too little – he did not realize how easily trust is lost if there is a person capable of making sober conclusions nearby. A few minutes of contact are sometimes enough for a sensitive consciousness to understand by some brief gestures what a person is standing next to. On progressman.ru, this topic was covered in more detail in an article on psychological face control.

Sensitivity makes us picky. A sensitive person does not become embittered at everyday life, where there are so many typical hardened representatives of the reality show “Life”. He chooses to be himself, knowing that this is the only way he can attract into his life people of a similar vibration, whose worldview corresponds to his stage of development. He understands that another sensitive person may also need a few moments to understand who is in front of him. Perhaps this is how we meet people with whom on the first day of our acquaintance we feel as if we have known them all our lives. 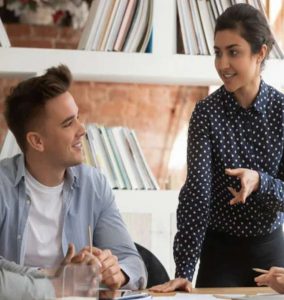 Yet most people are so poorly acquainted with themselves that they mistake their own superficial masks for something real, stable; and in the same way are carried out on the external image of others. Therefore, lovers in close contact most often face bitter disappointment – a real person can be fundamentally different from who he is trying to seem.

So, having wound up a dozen turns of self-deception, in a successful scenario, the blind man finally begins to see clearly, and his values ​​change. He begins to distinguish and appreciate in others the “real”, stable: honesty (primarily with himself), sincerity, patience, consistency, reliability, etc. And then, looking at the “beautiful forms”, you already feel what lies behind them. An immature, infantile personality, no matter how colorfully positioned itself, will not arouse interest. Truly beautiful are those in whom the light of consciousness lives.